Alzheimer’s disease (AD) is the most common cause of dementia, accounting for half of the cases. AD is a progressive brain/body disorder characterised by gradual memory loss, nerve cell loss, dysfunction of connections between nerve cells (synapses), and subsequent impairment in cognitive and behavioural functions.

When I surveyed women over 50, developing Alzheimers came out top as there greatest fear in later life.  This brought me to creating the Alive Longevity Tree, 30 tips to staying younger for longer.  It addresses many of the lifestyle hacks Dr Bredesen suggests to help reverse this dreaded disease. 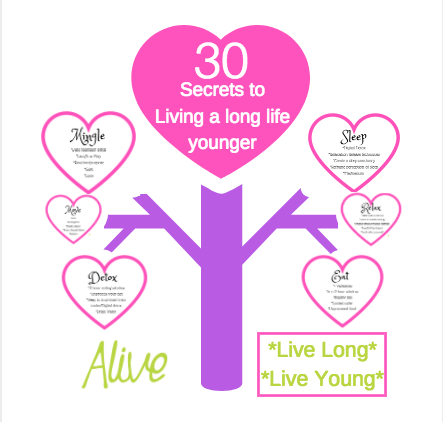 Dr. Dale Bredesen, M.D., a neurologist, UCLA professor, and investigator at the Buck Institute for Research on Ageing, has pioneered a program that reverses memory loss in nearly all of his patients within three to six months. Yes, reverses. Larger clinical trials need to be done, but this is a rare bright spot in the treatment of Alzheimer’s that you need to know about now before it’s too late.

Yet the cure is probably not a single drug with one target. Instead, the best solution appears to be an array of lifestyle medicine changes that addresses multiple root causes.

Five tips to get you started:

Here are some ideas for what you can do.

The longevity tree is discussed at length in my online community of Peri to Post Menopausal Women.  Click here to get a free 7 day trial.

Menopause facts – Hot flushes… how to sooth
Scroll to top

You have successfully signed up, look out for your download in your inbox!